Waiting is finally over. Now you can enjoy a lot of new mudflaps on your favorite Krone trailer.

If you have already subscribed, your mod will update automatically.

Thank you and happy trucking. :) 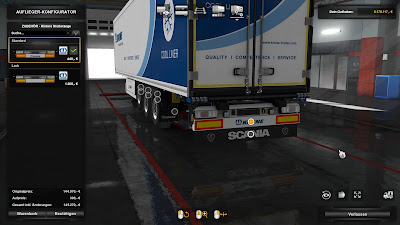 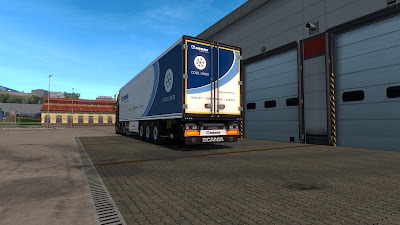 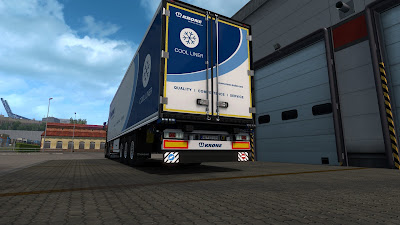 The difficulty of DLC's.

Since SCS released the 1.35 beta, it's time to update the mudflap pack once again. Even though I’d love having my mudflaps on the Schwarzmüller trailers, I will not add them to the portfolio.

The manner the mudflaps work on the DLC trailers is way too complicated; it could be done easier than it is possible at the moment.

In the future I’ll only update and change the standard mudflaps since they only need some definition changes or minor model adjustments.

It is tiring and time consuming creating each mudflap type for each trailer of the DLC, therefore I hope SCS will change the manner the mudflaps work soon.
um Juni 16, 2019 1 Kommentar:

This update has been finished a while ago; now I plan to create Krone versions of mudflaps. Due to this really complicated process of creating each mudflap on its own on each trailer, I decided to delay this project until my final exams; I will continue once the exams are over.

Concurrent to the mudflap pack I work on an interior accessory pack. 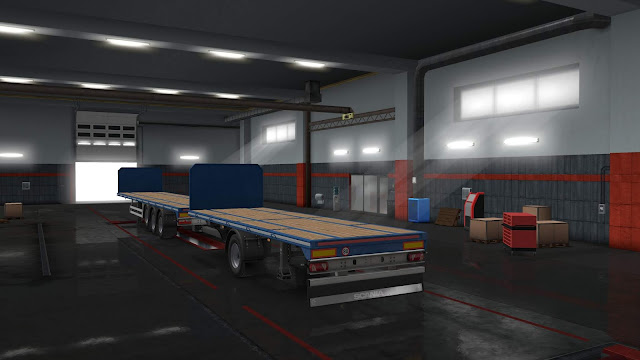 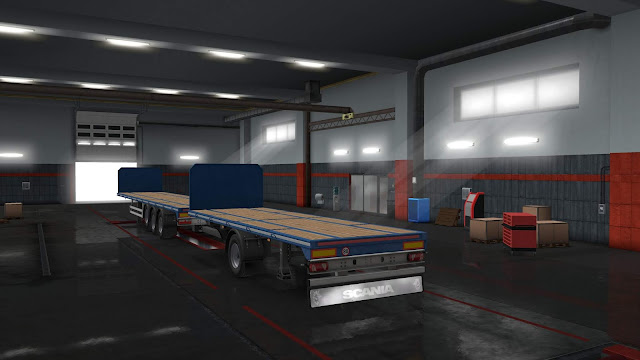 A few days ago I released the V1.9 of my mudflap pack to add compatibility for the new Krone boxed trailer and new HTC trailers.

But V2.0 is just around the corner.

When I’ve started this mod pack I planned to add new features over time. Since the release in September I collected a lot of new ideas and read what you would liked to see. Most of you wanted other truck brands on your trailer; so here it comes. 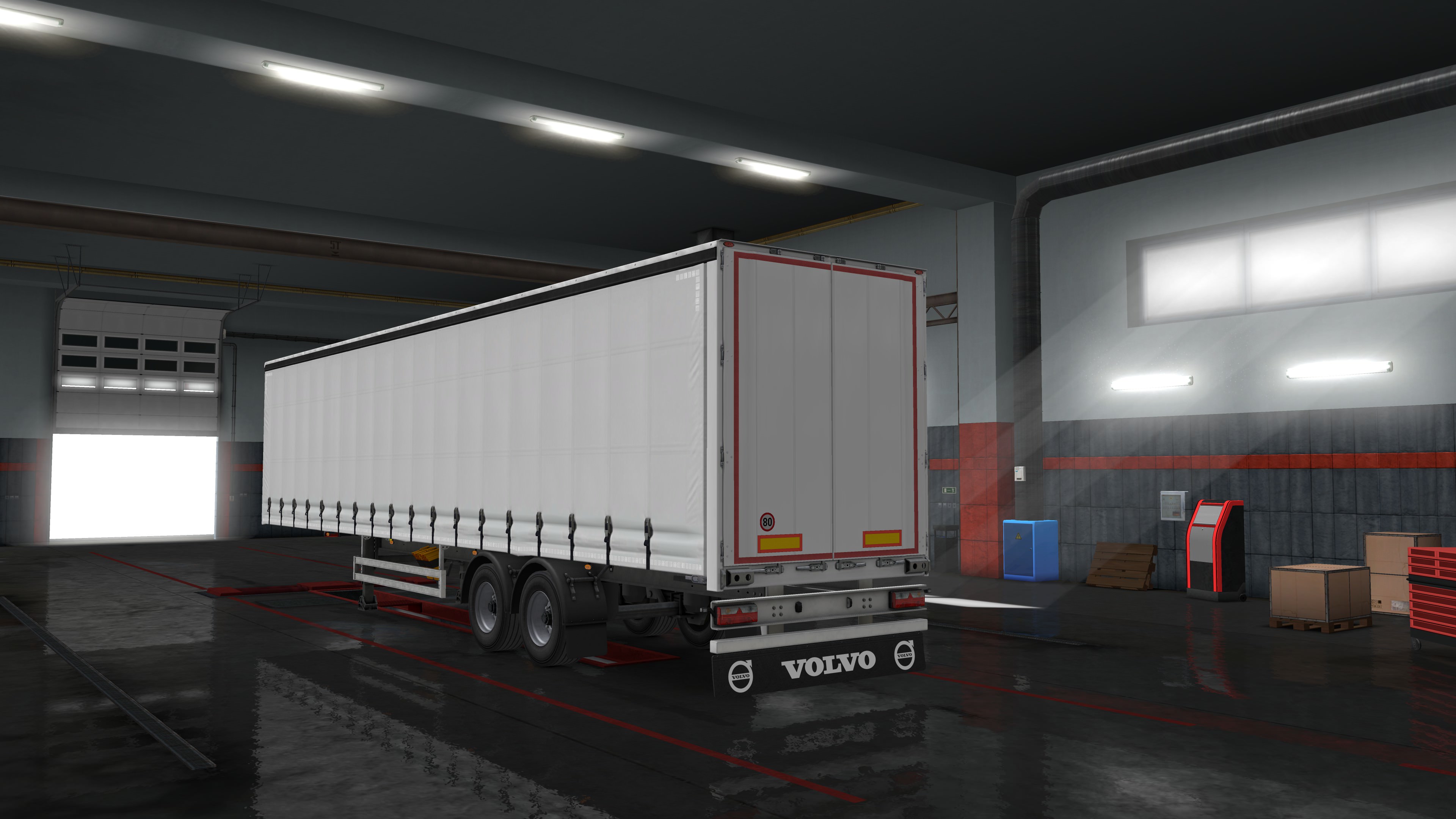 Volvo won’t be the only new brand; I will add every brand to the game, but due to the different workflow on the Krone trailers this will take a bit longer.

There will also be white versions in the game. 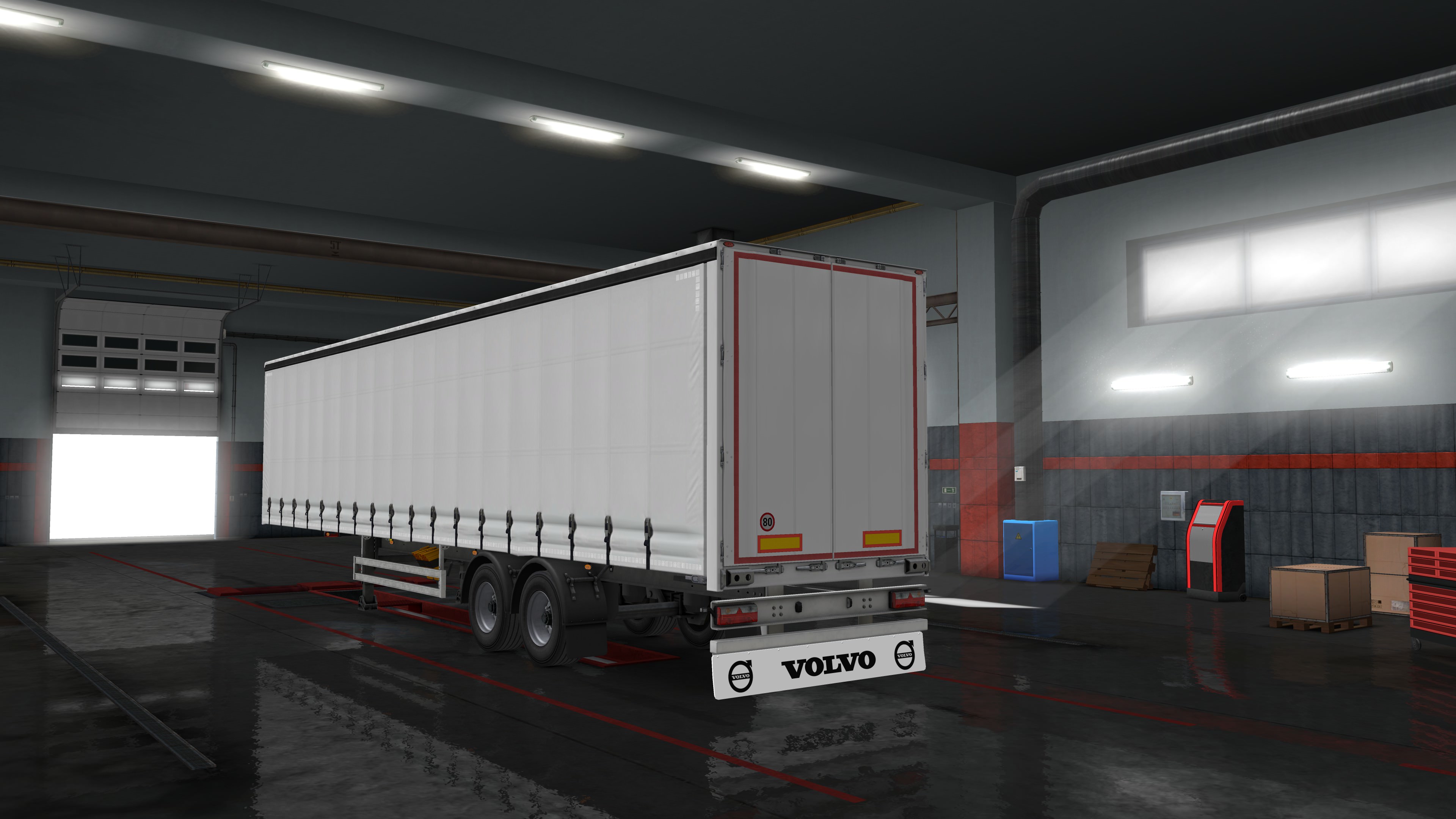 I’ll release the new version as soon as possible.

There’s also another project in the making, but further information will be published later.

What's next & answering one question

Since I’ve released the mudflap packs, I was asked if I could make mudflaps for different truck brands like Volvo or Mercedes. Although I think that this is a great idea, I’m not going to do that.

I will only use ingame textures OR create some myself to use them in my mods. If you want to drive with a Mercedes mudflap, you can replace the custom.dds texture in my mod folder.

Soon I’ll create a tutorial on how to do this.

Concurrently with this I work on a new mod, but as long as I’m no satisfied with the result I won’t announce what it will be. However, I promise you this mod will be great when it’s done.

Until then stay on the road and safe trucking!
um Oktober 16, 2018 3 Kommentare:

If you want to create your own mudflap, you need to download my templates. You need two textures due to different sizes in ETS 2.

YOU NEED TO SAVE YOUR TEXTURE AS A .DDS FILE. ALL YOUR BLACK PARTS OF YOUR TEXTURE NEED TO BE ALPHA. After that the game will use the much higher quality ingame textures as a background.

TRAILER MUDFLAP PACKS KRONE UPDATE Waiting is finally over. Now you can enjoy a lot of new mudflaps on your favorite Krone trailer. C...